Europe is at a crossroad of circumstances. With the depart of England from the European Union, the everlooming threat of terrorism, the incoming refugee situation, we are more than ever dependant of our LORD for the answer for humanity, seeing the excruciating  limited means of humankind.

Our Lord, in HIS invitation to all humanity has told us to ”  Come unto me, all ye that labour and are heavy laden, and I will give you rest. Take my yoke upon you, and learn of me; for I am meek and lowly in heart: and ye shall find rest unto your souls.” (Matt 11:28-29)

In the midst of the”machination” and “politiking” in the world today, we have the impression that much movement does not equate, cruelly, to much work accomplished. We are more than ever aware and convinced of the imminence of His return, of the His time and of His will. Until then, let us not tire of doing good, and allow him to help us to make disciples for Jésus in our lives!

At this point, I would like to propose to you a few reports and testimonies to allow you to join us in prayer for France.

John and Rebecca were invited to join a mission organisation’s couples retreat (Everynation ENC) to work on relationship skills in marriage. It was refreshing time to allow the Lord to once again revive our love for Him and for each another: to love GOD, love men and make disciples for Jesus!  It was also our 12th year wedding anniversary during the retreat, and we thank God for his miraculous love and grace towards us as a couple in His mission in France. 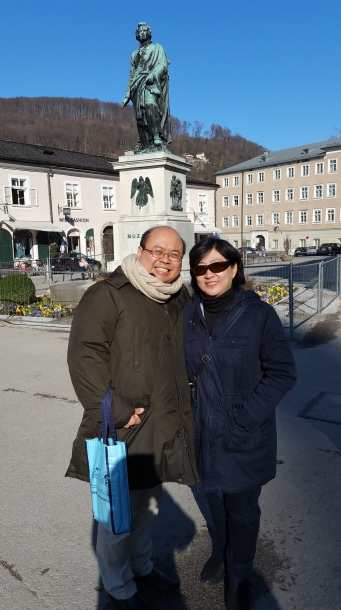 John and Rebecca during couples’ retreat; symbolic marriage ‘re-locking’ on the bridge

Following the launch of our English service in Sept 2015, the Lord allowed us to connect with a pioneering  ENC Ukrainian group who are starting to meet in Paris. It was a joy to see that our presence in France was not only to reach those we can reach, but also to help others to reach other nations in Paris! 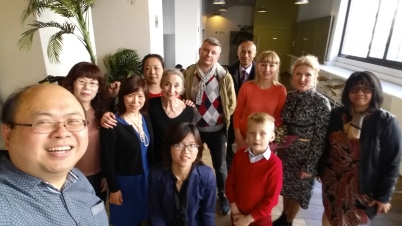 We had a wonderful Easter service where many firends and family memebers were invited to come understand the real sense of Easter, and we thank God for a time of refreshing and fraternity, as well as the receiving of the WORD into lives drawn to HIM! 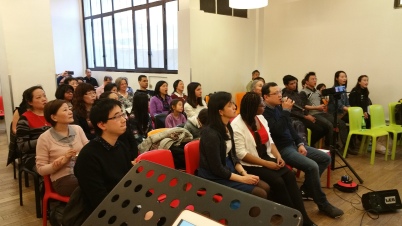 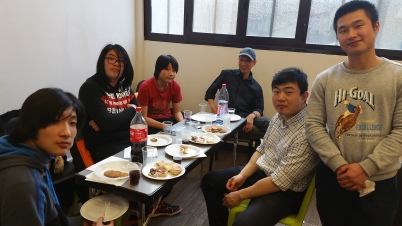 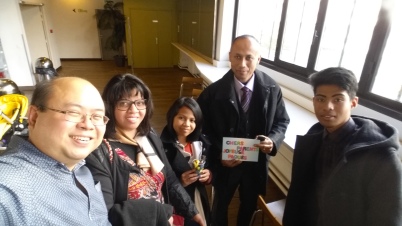 We were thankful for Mme ASISA, who joined us for our Easter celebration as a special guest. God has opended her eyes to see the goodness of the love of Jesus in the people of God. She has a high regard for the church community and we are praying for God to touch her in a special and personal way. 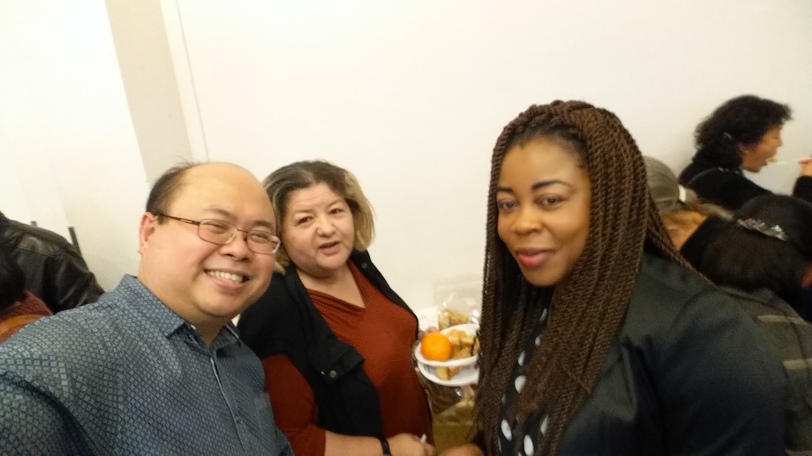 We were invited in April by Ptr Jeanne SYLVESTRE to minister at the prison of Nanterre 92. We thank God that we are able to minister to the prisoners in songs and with the word of God. It was also a joy to be able to speak to the Chinese inmates and to offer to them Chinese Bibles!

One of the participants, Miranda LAI from Taiwan has been studying in the Bible School of Bordeaux (AG). She joined the church as an intern as a part of her final year practical studies, as she senses that the Lord wants her to minister to Chinese migrants in France. We are thankful to the Lord that we are able to provide an opening to new aspiring missionaries in France.

In the month of May, we had our church retreat to focuse on “Growing together in UNITY”. We were together for the week-end, the French, Chinese, English and Ukranian brothers and sisters, bound together in the family of Christ! 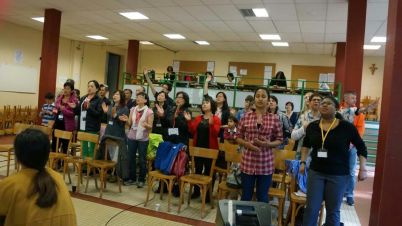 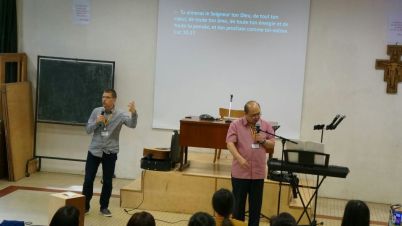 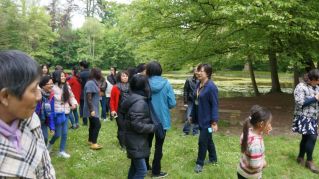 John had the joy of finishing his diploma in Republic and religion in the University Paris 11 (Faculté Jean Monnet) . We thank God for empowering him through this study to be more effective in reaching the people in France, through a greater understanding of the religious historical development of the Protestant and Catholic churches in France, in the secularism context in Europe today. 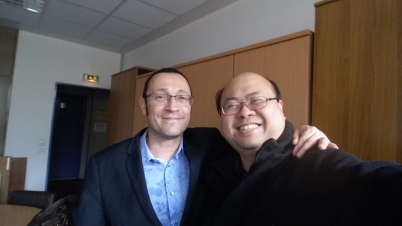 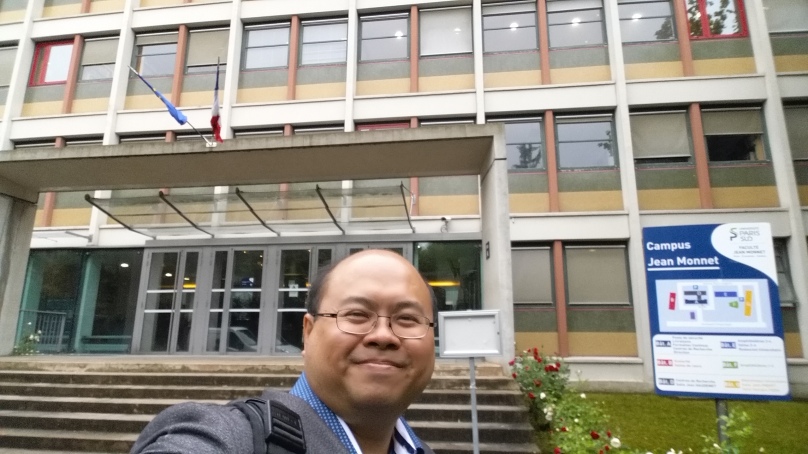 During the month of May, We had the joy of welcoming our close church friend Tay ChuiPheng from Singapore in Paris. She had occasion to share her testimony in songs during our services, and many who came were touched by the simplicity and sincerity of her live story shared from the heart. She was able to join us to visit the hospital and prison near Paris with us, which was quite different from a regular tourist agenda in Paris, but it was all planned by the Lord. 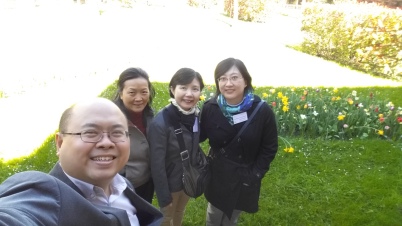 Photos with TAY ChuiPheng in service and visits of prison and hospital.

In the month of May to June, Paris experienced her worst flooding situation in the last 45 years. there was massive flash floods leading to damages, 24 wounded and 4 deaths; with water rising up to 6m! We truly thank God for his protection over the greater public and especially for the churches in Paris. Churches came together in the towns touch by the flooding and many churches continue to pray for those touched by the disaster! 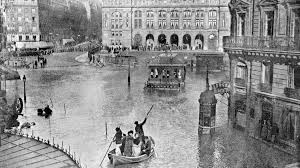 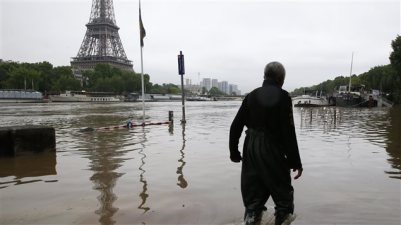 photos: (top left) flooding in the past, (top right)Eiffel tower, (mid-left)Louvre, (mid right and bottom) flooding near Pont Anglais near John and Rebecca’s house; with houses having the 1st floor flooded!

With the weather clearing up In June, John was able to lead a team to minister in the hospital of Joffre in Essonne 91 (flood zone), as well as the prison hospital in Fresnes 94. 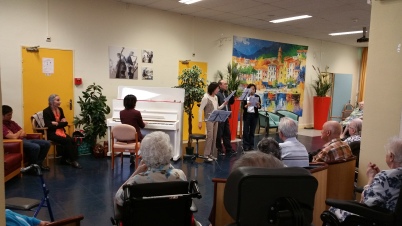 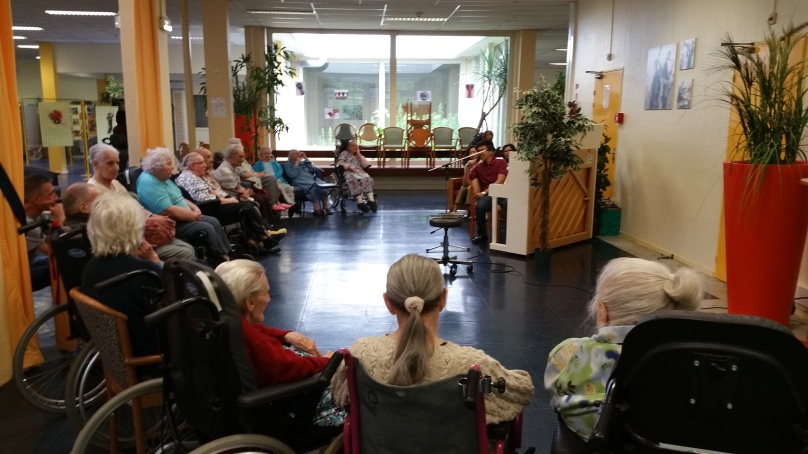 We had Bro WANG CongYu, STEINWAY piano ambassador for Singapore, an outstanding professional concert pianist from Conservatory of Alfred Cortot in Paris to perform for the patients, as well a team from the church association KOINONIA.  During the concert, Congyu shared about how the Lord helped him in his initial time in Paris, feeling lost, even sleeping in metro stations, playing piano in public places (not having a piano) at the age of 16! Congyu then came to the church through a friendship invitation and came to know the Lord for himself and was baptised thereafter. Today, God is using his talents to bring him around the world to testify of His grace and goodness. 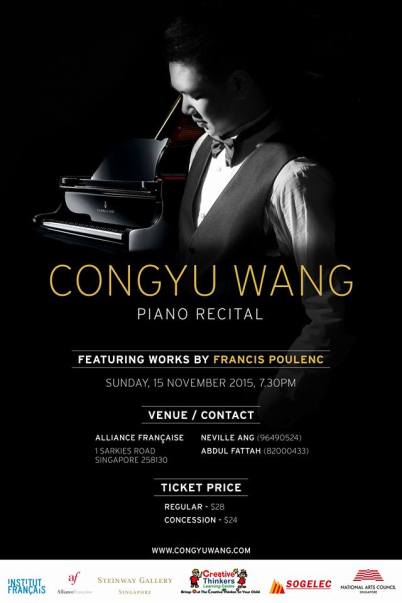 We thank God for the continued work of Ursula LAWSON and Esther CHEN with the youths in the church. We beleive that God has great plans for HIS youths in the times of great challenges!

Thank you for taking time to look through the update.

Please continue to pray for us in France!

Prayer:
For God’s strength an help upon the lives of Rebecca and John, to continue to serve God in Paris among the French, Mandarin and English speakers.

For God to touch the locals during the disaster period, with many houses still inhabitable and many suffering huge losses due to the floods!

For the situation of foreigners in France, in prisons and hospitals. For God to raise up more workers for His harvest.

For God direction and wisdom upon the leaders with launching of connection groups in 2016 for: French, Mandarin, Youth, Teen, Worship, etc.

For God’s help and guidance for Ps John for his new affectation to minister to foreigners in hospitals, as well as his continued ministry in the french prisons. (pray for God’s provision for purchase of minstry vehicle – having 300km to cover between church, hospital and prison work per week).